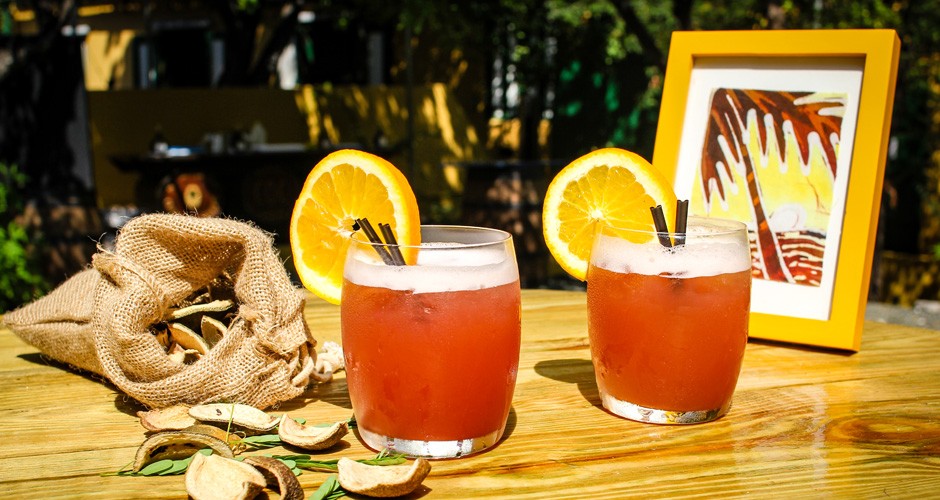 Add all the ingredients in the shaker and fill the shaker with ice cubes. Shake well till the cocktail is chilled. Add some ice cubes to the glass and strain the cocktail over it. Garnish with an orange slice.