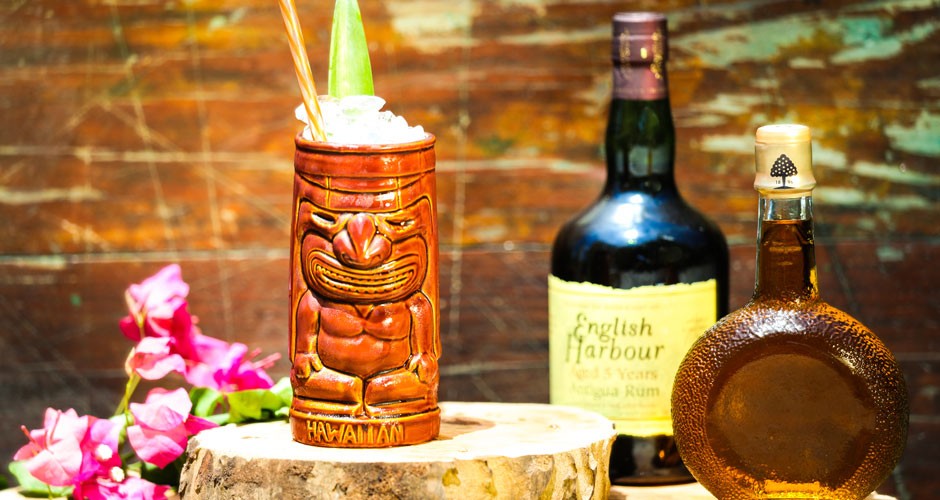 The History of the Tiki Culture

The tiki culture was born in America where people fell in love with the culture of the unknown. Escaping the Depression Era, they visited tropical nightclubs in their nice suit while dancing the night away under palm trees and coconuts. But, even though they were allured by the tropical atmosphere they still played it safe and only ordered the drink they knew, a Martini. All except one man, Ernest Gantt. The man who changed the scene of cocktail forever. He was the first one to combine exotic cocktails with over the top, tropical, décor at his place Don the Beachcomber.

The tiki culture started out with Ernest Gantt who at a very young age already wandered many parts of the world. He went from the vibrant islands of the Caribbean to the distant waters of South Pacific and beyond. He immersed himself in the cultures and traditions and came back to The States with a suitcase full of exotic souvenirs and an extensive knowledge of the far-away lands. This was something most Americans could only dream of.

Inspired by his adventures he opened a small restaurant/bar, tossed in some of his exotic finds and served the hungry guests a little stir-fry. But, what made his bar stand out—aside from the uniqueness of it—was his cocktail creations. Everything he learned about imbibing, mixing and layering, he used to create extraordinary cocktails at his place, Don’s Beachcomber Café. This was later named Don the Beachcomber.

With his knowledge, he created his own Rhum Rhapsodies, “one of sour, two of sweet, three of strong, four of weak.” This philosophy was the base for all his innovative, creative and legendary cocktails. Cocktails with flavors that went beyond the standard lime, sugar, and one type of rum.

Ernest Gantt, who later also changed his name to Donn Beach, was a peculiar man on its own. The success of his place was due to the experience he gave to its customers. Donn had a carefree personality and with his extravagant, and sometimes questionable, stories he was the only entertainment his bar needed. And, when that wasn’t enough and customers would start making their way out, he would just turn on a hose on top of his roof. His customers would think that it was pouring outside and the supposed rain was reason enough for guests to stay in for a drink or two more.

Gantt wasn’t the only one mesmerized by the exotics. Victor Jules Bergeron born in San Francisco had a turbulent childhood. He was hit by many illnesses and eventually had his leg amputated at the age of 6. Because of his illness, he struggled to maintain a job and eventually, after loaning $100 from his aunt, he opened a small quaint restaurant in 1934. He knew how to entertain his guests which kept drawing people in and eventually he was able to expand his restaurant with more square feet.

But, his entrepreneurial mind saw an opportunity when he noticed that his less ordinary cocktail was his most popular drink. Together with his wife, he traveled to the Caribbean to learn more about the tropical flavors hoping that people would pay more for a more exotic cocktail. He was right! His loyal customers were eager to try his new creations and soon the word got out and new faces started dropping in.

The rumor started getting to Vic that down south was a peculiar bar with a tropical allure. He made his way to Don the Beachcomber and was mesmerized by what he has seen and tasted. He probably wouldn’t tell this story the same way we do, but he returned to his place inspired.

He changed his décor and started trading food and drinks in exchange for more tropical décor. There is where his nickname came, Trader Vic. From one day to another he changed his restaurant, Hinky Dinks, to Trader Vics—a restaurant with tropical cocktails, Chinese food restaurant and over the top decor. 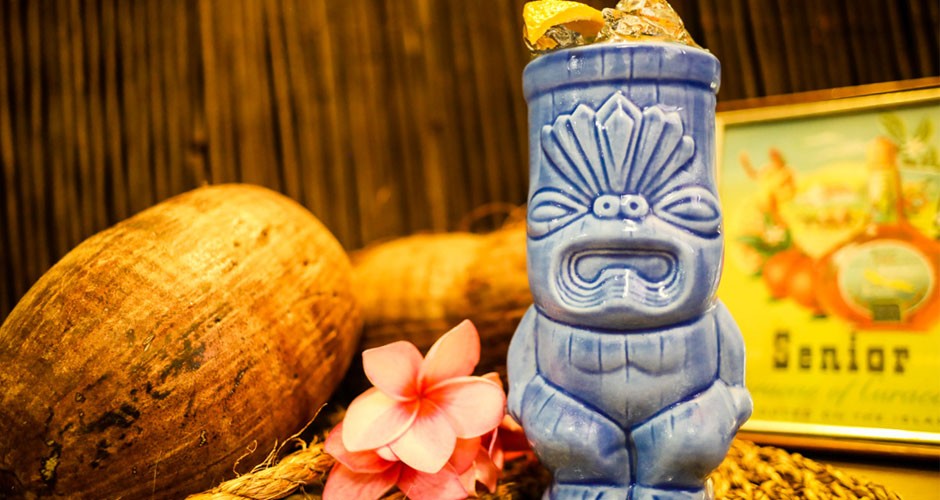 Eventually both Trader Vic and Don the Beachcomber expanded their restaurants further across America’s mainland. Donn even went further than that and opened his first restaurant in Hawaii. While their restaurants weren’t a real representation of the Polynesia nor the Caribbean they were still intriguing enough to lure people in and make them stay. After all, during that time no one knew better because very few of them were able to step foot outside The States.

Trader Vic and Donn’s tiki restaurants were the escapades many people desired. It was a place where they could finally let loose and feel like they’ve seen the world beyond the cities of America.